The capital started to collect paintings already in the last third of the 19th century. Following the initial suggestion of the Capital Town Fine Arts Committee to create a so-called “civil portrait gallery”, in 1884 a townscape competition was advertised. The core material of the collection, originating from the turn of the 20th century, consists of two types of artwork: portraits of influential figures in the history of the town, and landscape paintings depicting the ever changing town and its neighbourhood. In addition to the above, at the beginning of the 20th century, accessioning of works by young artists was started, this time based not on themes but on artistic quality.

The Capital Picture Gallery opened in the Károlyi Palace in 1933, already presented a high-quality cross-section of 19th and 20th century Hungarian painting, and became one of the most significant Hungarian painting collection by the middle of the 20th century. The losses of the Capital Picture Gallery suffered during World War II and then, the absence of the more then twelve thousand works handed over to the Hungarian National Gallery on the occasion of its establishment, affected the Paintings Collection too. The accessioning of fine art, restarted from the 1960s, reacted to the – at the time – low prices of classical modern masters and made up for the previous losses. From the 1960s till today, the above mentioned accessioning practices have been supplemented by the collection of contemporary paintings of different art trends. Today, the Paintings Collection comprises some two-thousand pieces. 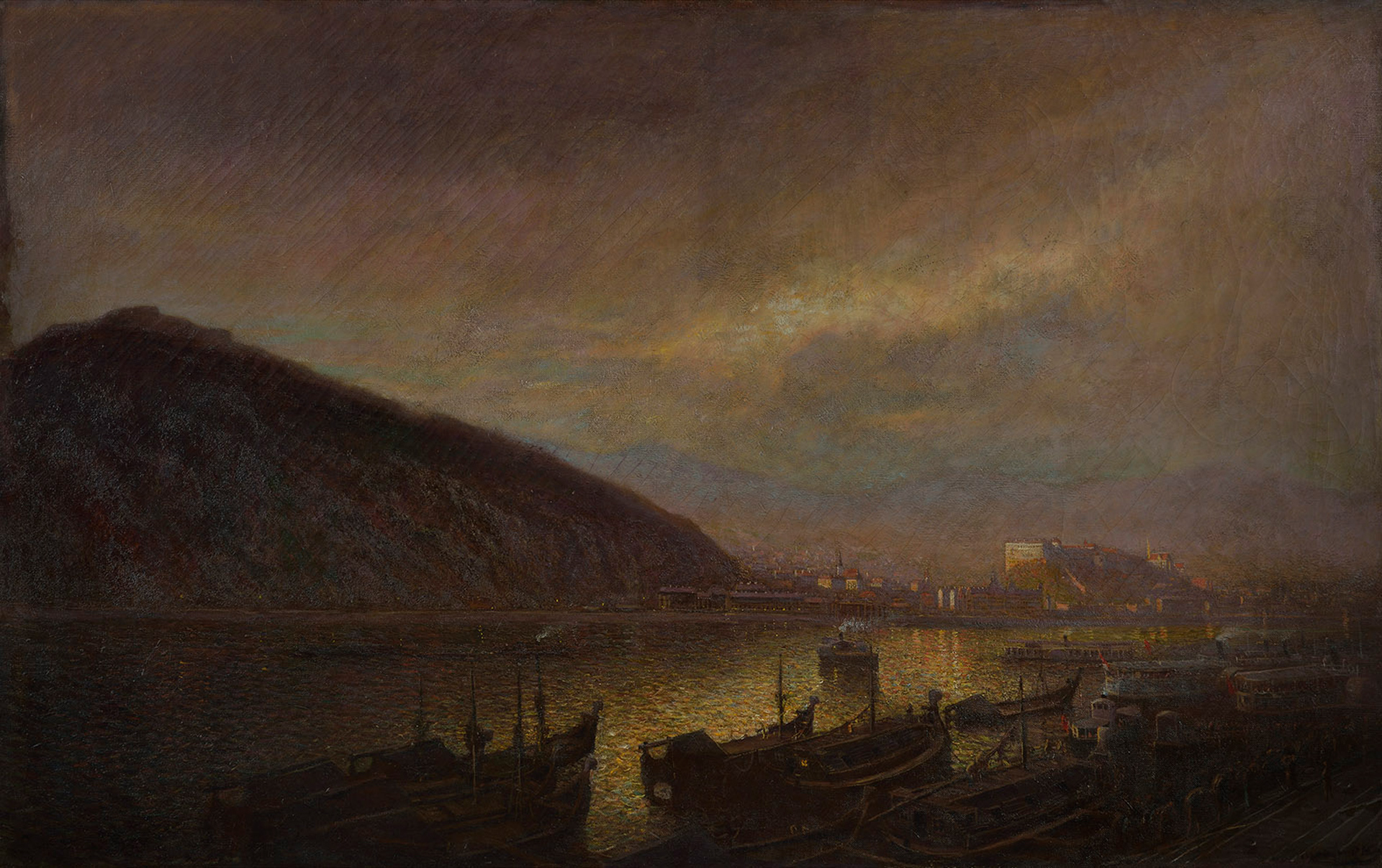 The Graphic Art Collection contains about six thousand pieces of paper-based graphic art. In line with the history of the Capital Picture Gallery, they are organised into not sharply separated thematic units. In addition to the objects related to the town or to local history, another very valuable part of the collection is the fine arts section that contains about two to three thousand sheets and that can be further divided into two categories: historical and contemporary. The collection is varied with regards to both form and technique. Alongside the traditional graphic techniques such as drawing and reproduction, miniatures, albums and photo-based works are also to be found.

Typical subjects of the local historical material include city panoramas, drawings of important events and portraits of persons who played an important role in the capital’s social, political or intellectual life between the 18th and the 21st century. Townscapes and portraits, understood as visual documentation, lost their importance with the appearance and spread of photography.

Accessioning based on aesthetic principles gained more impetus in the 1960s, parallel to the reorganisation of the Capital Picture Gallery. This was not only due to the fairly low price of graphic art but also to the flourish of the art form experienced in the 60s and in the 70s. As a result of the purposeful collecting policy for new acquisitions, today, the graphic art collection provides an overarching view of Hungarian fine art in the 20th century. Unique pieces of graphic art are still a priority with regards to new additions to the Capital Picture Gallery collection, with special emphasis on purchase from contemporary artists, and giving precedence to works related to the past and the present of the capital.

The Engraving Collection that comprises some ten thousand plates, is a co-collection of the Graphic Art Collection. Besides reproduced graphic representations of the topography, areal changes and external images of Budapest, it also includes portraits of people who were influential in the history of the capital between the 15th century and the middle of the 20th century.

Before photography became wide-spread, visual documentation and public coverage of the urban environment, important events and well-respected persons were often attained by using reproduced plates. The collection – the foundation of which was laid owing to private collections donated to the museum of the capital at the end of the 19th century – is one of the most important storage spaces of these objects, from vedutas, through serial pictures of the siege and reoccupation of Buda in 1986 to portrayals giving news of the the development of Budapest, disseminated in ever-increasing circles.

The material organised by time and by theme, has not been augmented by contemporary works since the 1950s; expansion has targeted plates of historical importance. 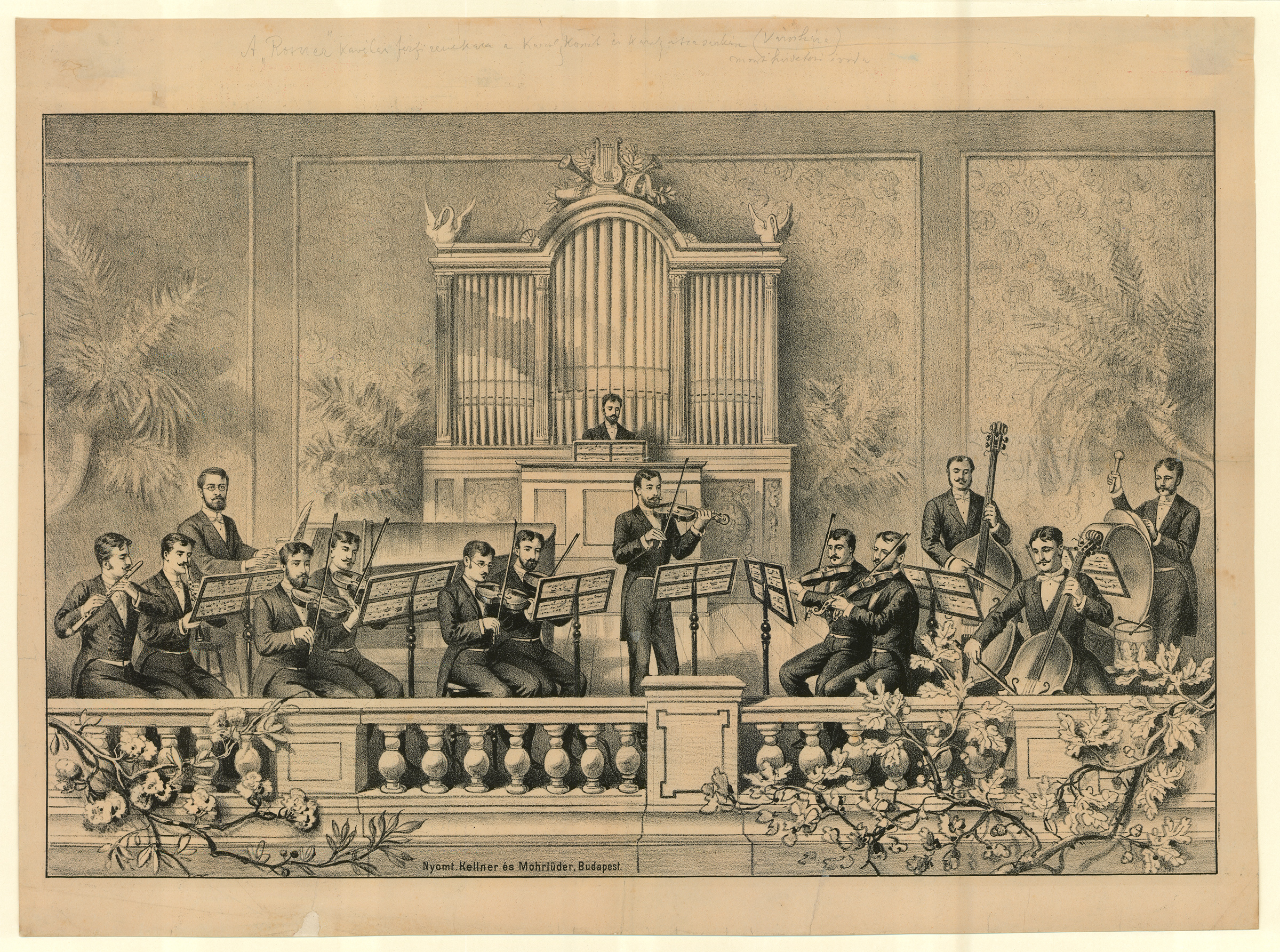 The beginnings of the sculpture collection of the Capital Picture Gallery, which now comprises nearly one thousand pieces, date back to the 19th century, when – thanks to the art patronage of the capital – a fine art collection was started. Initially, the aim was to create a sculpture collection related to Budapest, but in the 1910s – alongside the collecting policy concentrating on local history – modern, contemporary schools also gained emphasis. In 1953, the accessioning process suffered an interruption and the collection of autonomous works of fine art was only resumed in the 1960s. The earliest works overseen as part of the statuary collection are pieces of local historic importance, created in the 18th century. The main goal of the accessioning plan – which also defined the evolution of the sculpture collection – was to collect not only contemporary statuary works from the period but also to compensate for the lack of modernist works from the 19th century and from the beginning of the 20th century. Following the change of the canon of art history at the end of the 1980s and at the beginning of the 1990s, pieces that refused to represent the official art of the 60s and 70s also became included in the collection. Even today, new acquisitions to the statue collection are markedly defined by purchase from contemporary artists.

One of the highlights of the collection is the statuary associated with the capital and relating to public artwork. With respect to the prevailing acquisition of works, the tracing and procurement of scale models of sculptures and memorials erected in the capital play an important role. Apart from sculpture models, the collection is also enriched by several pieces of plastic art that once decorated buildings and defined the image of the capital, and also by sculptures that were erected at public squares.

Today, the Capital Picture Gallery is the proud owner of a statuary collection that comprises works from all over the country. The pieces of the collection are highly heterogeneous both concerning their medium and their technic, and they provide a representative picture of the statuary tendencies of the period between the 18th and the 21st century. 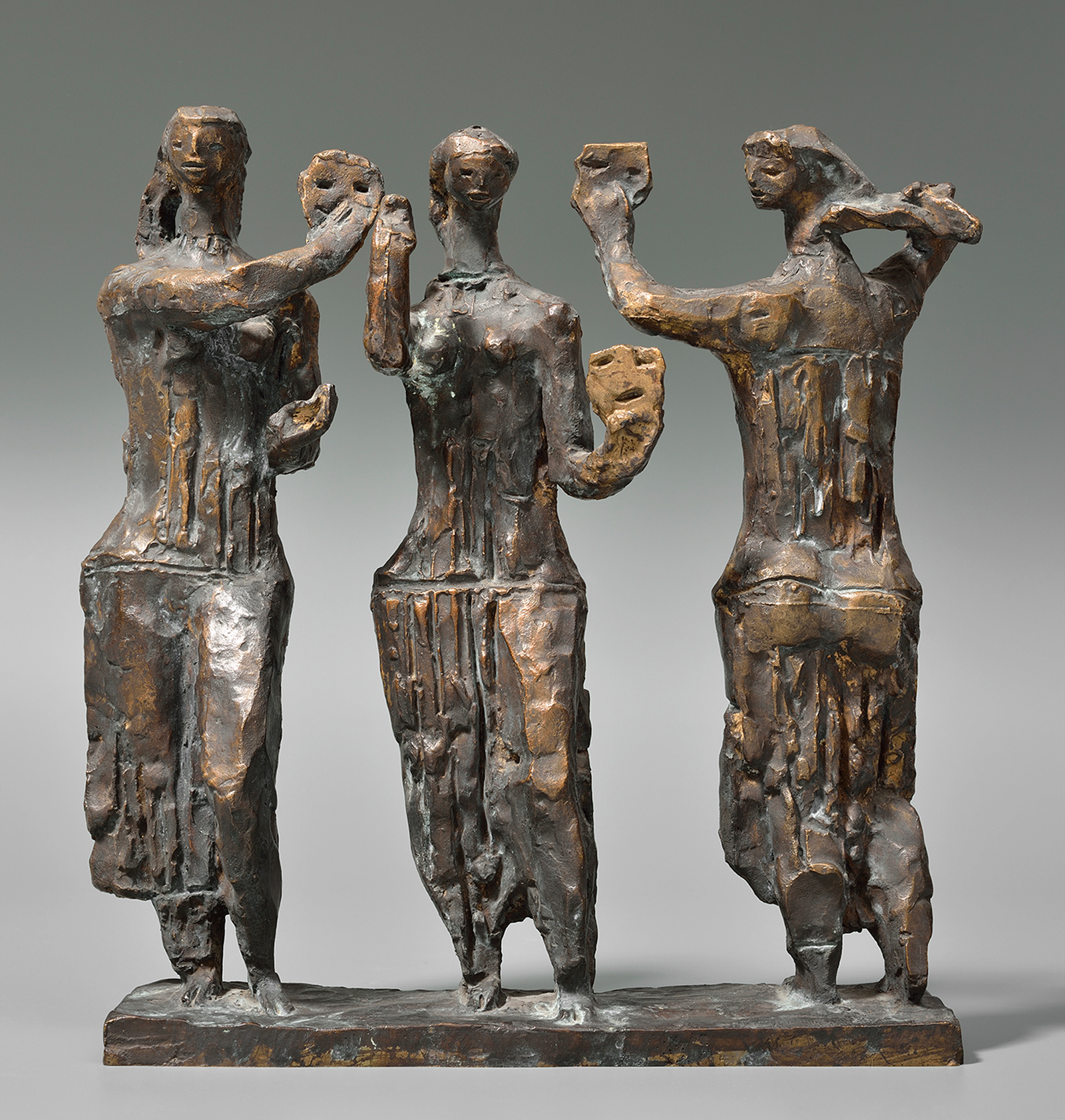 The accessioning of medals, as works of art, dates back to the beginnings of modern museology. Following a decision made in the 1880s, according to which accessioning of art works belonged to the capital’s own sphere of authority, medals were obtained on the occasion of the establishment of the Capital Museum in 1907, too. Since 1920, these have formed part of the Capital Town Picture Gallery collection. Most of the initial pieces – together with other, different works of art – were a courtesy of László Toldy, director of the archives. After World War I., the circle of purchase widened. Apart from the occasional private persons, the museum purchased medals from renowned art collectors, such as Alfréd Schmideg, Jenő Spitzer, Béla Procopius, Károly Nuber, József Fejér or József Gosztonyi. After World War II., the system and character of art work procurement changed: city authorities took the leading role. Most of the medals previously owned by the Capital Picture Gallery – closed down at the beginning of the 1950s – became inherited by the fine arts collection of the capital, reconstructed after 1956. Apart from the still traceable pieces of old private collections, at this time, mostly medals ordered to be made by the capital became part of the museum’s collection. After the change of regime in 1989, the collecting policy for new acquisitions remained the same. From the 1950s, museologists also obtained medals at the premises of the so-called By-product and Waste Utilisation Company and at excavations.

The roughly six-thousand-piece collection covers a wide range of themes, from the liberation of Buda in 1686, until the present day. Among others, it includes royal insignia, medals associated with the Hungarian War of Independence of 1848-1849 and with World War I., commemorative medals and insignia of city authorities and different associations, badges of the capital and tokens. The collection also includes many commemorative medals of rulers and reigning families of Hungarian history. Sport stands out as a subject. There are more than seven hundred prize, award and commemorative medallions, originally bestowed by sports clubs and at sports events. This means that after the Hungarian National Museum and the Hungarian Olympic and Sports Museum, the Capital Picture Gallery owns the most sports medals from the capital. The number and quality of medals serving an artistic purpose is also high. When possible, accessioning of these is carried out in relation to other, better known works of the same artists. An outstanding example of the above mentioned aspiration is the Kuruc head of Fülöp Ö. Beck, which is a variant of his sculpture also to be found in the Picture Gallery. 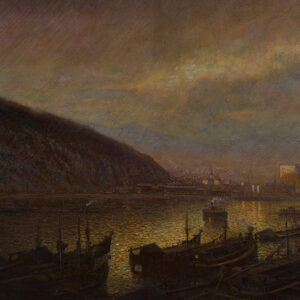