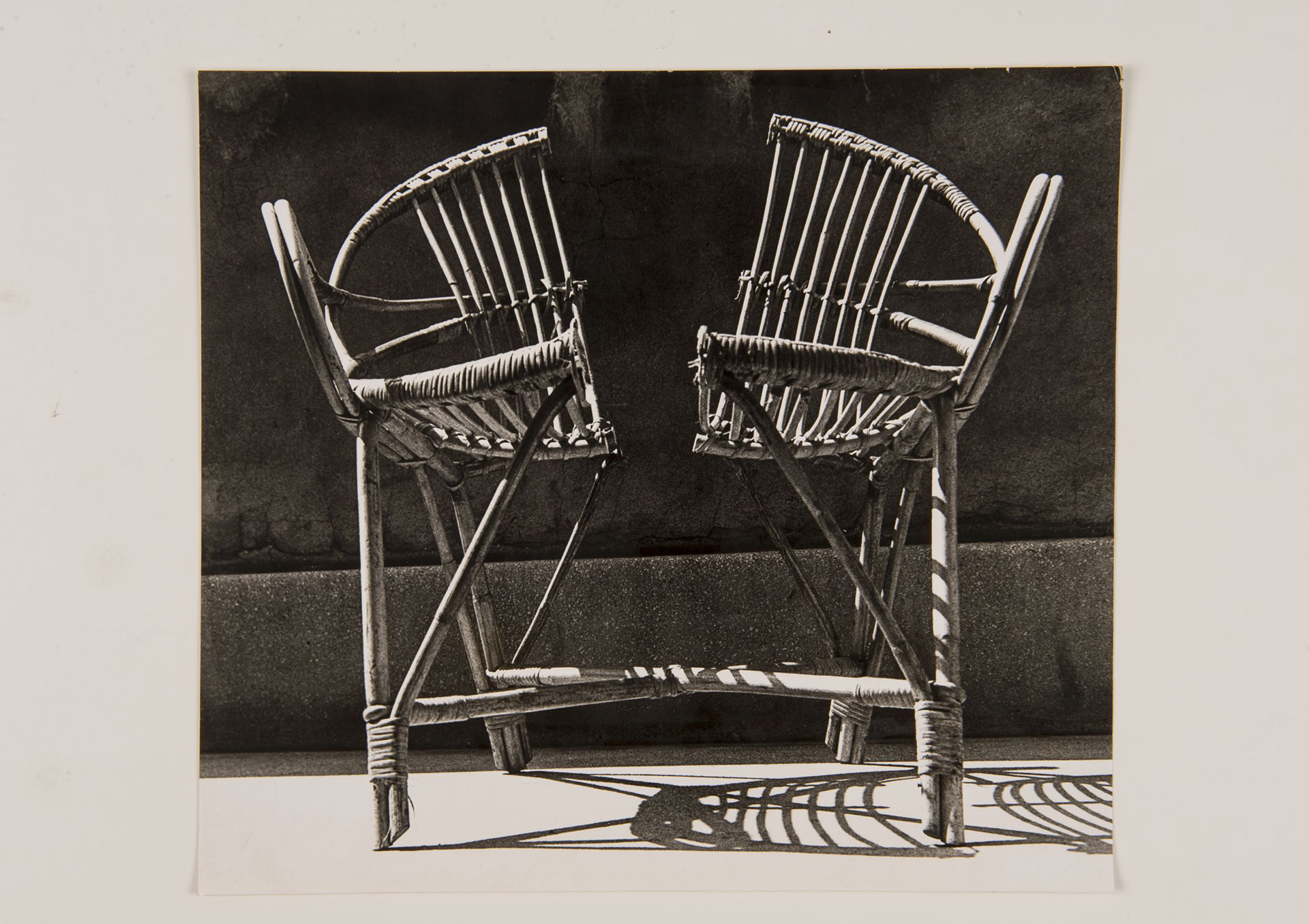 The starting points of the exhibition 1971 – Parallel Nonsynchronism are two contemporaneous bodies of artworks, which demonstrate the parallel tendencies of art in state socialist Hungary, during the so-called Kádár era (1957–1989).

It examines the complex relationships of two defining generations of artists, without giving aesthetic or historical judgment. The exhibition endeavors to reveal and present artworks and the contexts in which they were produced: different and simultaneously existing concepts of art, opposing positions, disputes, and ultimately the complex relationship between state power and art. 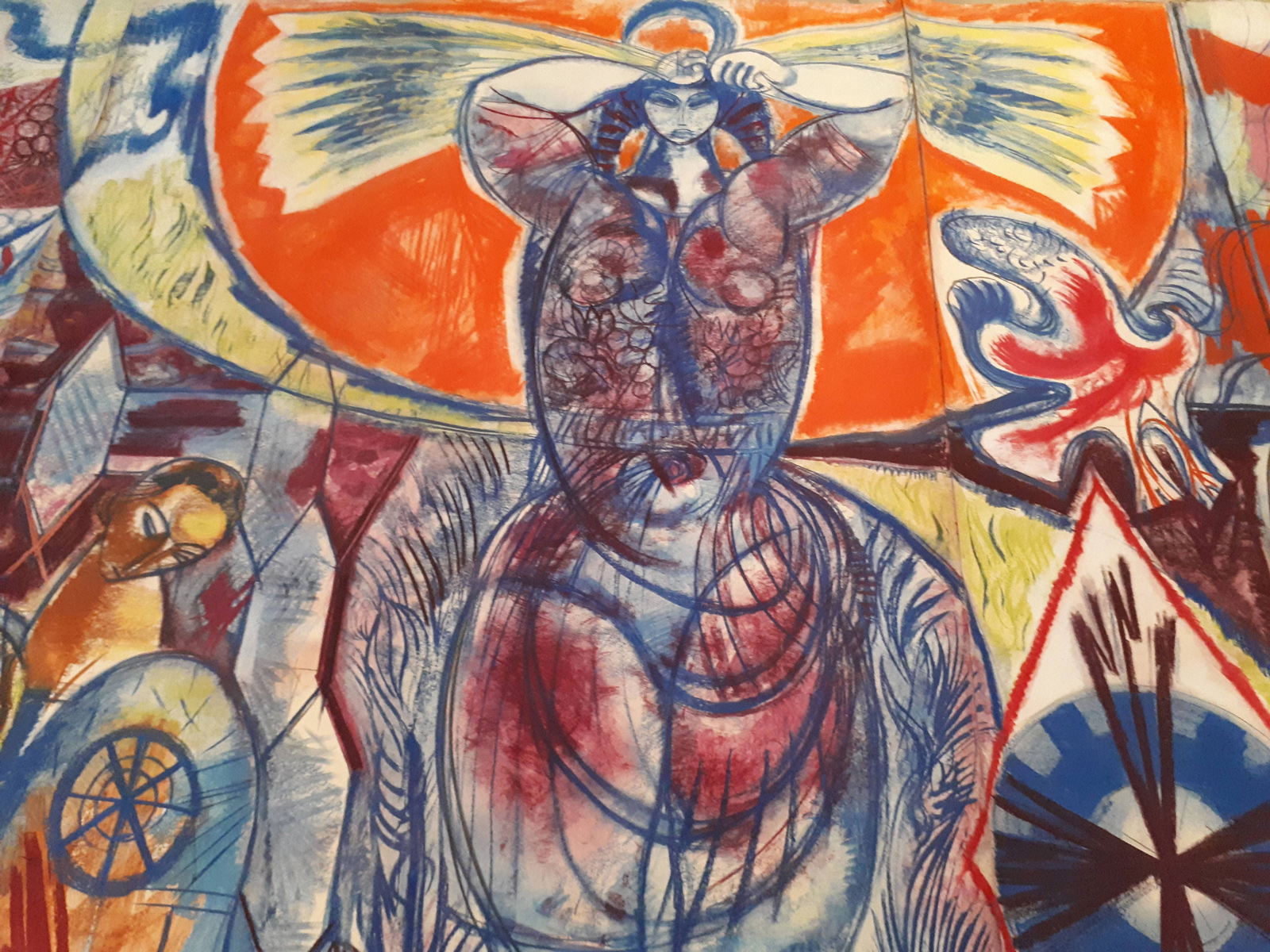 Both case studies date from 1971, and based on this, they are embedded in a broadly understood period between 1968 and 1973, a time in which the historical “force coefficients” were the atmosphere of a major economic reform initiated in socialist Hungary and the cultural policies that saw and wanted Hungary to be seen as a proponent of modernity, but had a still vacillating position regarding the latest trends in then contemporary art. The two case studies from 1971 represent two generations of artists and the manifold connections that can be detected between them.

Following this bipartite theme, the exhibition has two main sections at the Kiscell Museum – Municipal Gallery: in the now desecrated church interior, in the so-called Temple space, and in the Oratory located in the first floor of the building. 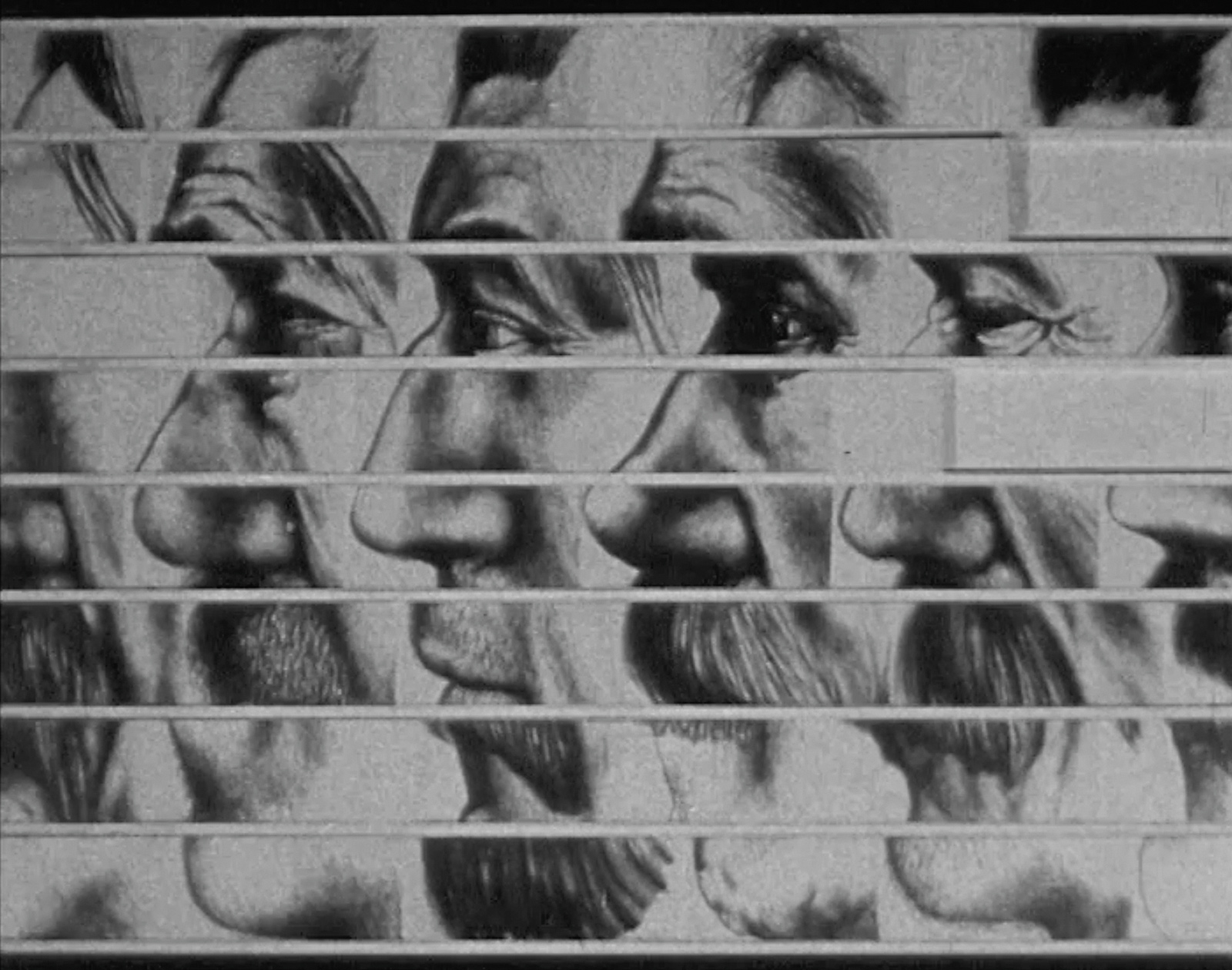 (→M←) In the Temple space, there are works by artists who adapted to the demands of Socialist Realism in the 1950s, and were able to progress and modernize their art following the thaw of cultural policy after 1956. Their works were perfectly in line with this post-1956 political program, the ideals of the modern, socialist state of de-Stalinization; and hence, these artists were successful in strengthening their positions. In 1971, their story connects to the Budapest History Museum, the parent institution of the Kiscell Museum – Municipal Gallery. In its newly opened Buda Castle building, in the modern, rebuilt interiors, which were to abolish the damages of the war as well as the memories of the past, exhibitions embodying the cornerstones of state cultural policy took place in 1971. In the spring of 1971, the exhibitions of artists Gyula Hincz (1904–1986) and József Somogyi (1916–1993) came directly from the Venice Biennale of 1970, and in the autumn, the retrospective exhibition of Endre Domanovszky (1907–1974) was the quasi-rehearsal for the artist’s participation in the 1972 Venice Biennale. The works are exhibited in the temporary structure developed by artist Tamás Kaszás. Based on the Abstract Cabinet by El Lissitzky in 1927 in Hanover Kaszás constructed a display cabinet which creates an interpretative framework for the presentation of monumental works and documents made at the turn of the 1960s and 1970s. 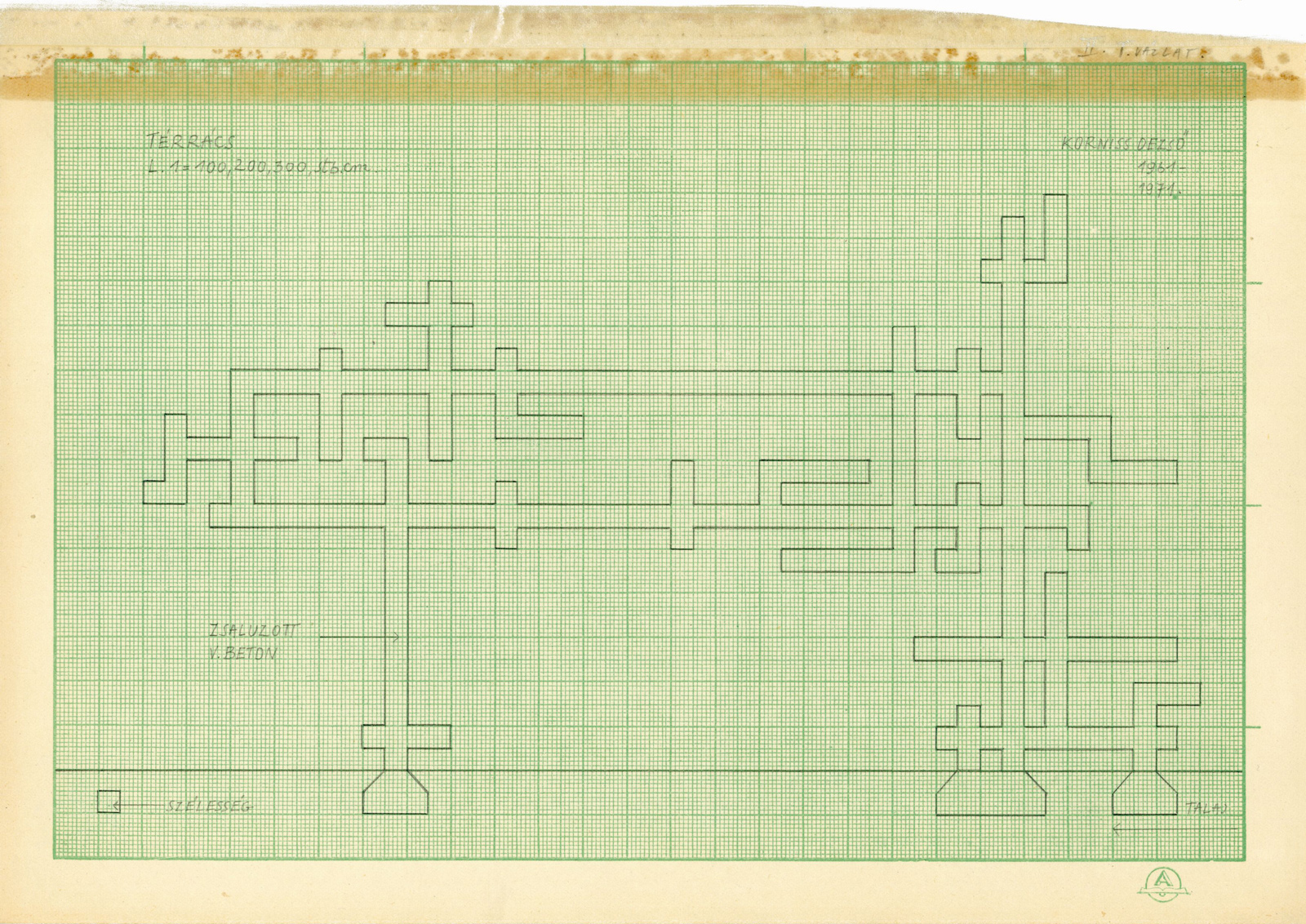 (←V) The Oratory space can also be accessed through the “Towers,” where documentary films revisiting the era are being screened.

(→E←) The other group of artworks, presented in the Oratory space of the Kiscell Museum, belongs to a much younger generation and to the self-organized, underground scene. This generation — before they established their own semi-public infrastructure — made several, unsuccessful attempts to find their ways into the state-run institutions. One of these endeavors was László Beke’s Imagination project. Beke made a call for participation in 1971, in which he requested works realized in A4 sheets of paper from 28 young artists for an exhibition that would only be “realized in thought,” but be “accurately documented.” The artists he approached, including Imre Bak, Miklós Erdély, György Jovánovics, Ilona Keserü, László Lakner and Endre Tót presented in the preceding years works that went beyond traditional genres of art. In Hungarian art history writing, 1971 is considered the beginning of Hungarian Conceptual art, based on the Imagination project. In the 1971 – Parallel Nonsynchronism exhibition, for the first time, the collection of László Beke is on view together with the works that art historian Márta Kovalovszky collected — from almost the same list of artists as Beke did — for an exhibition entitled Imaginations, which was to be presented at the municipal István Király Museum in Székesfehérvár. The exhibition in Székesfehrévár, which would have introduced the first manifestations of Conceptual art to the wider public, was eventually not allowed to be realized by the cultural authorities. 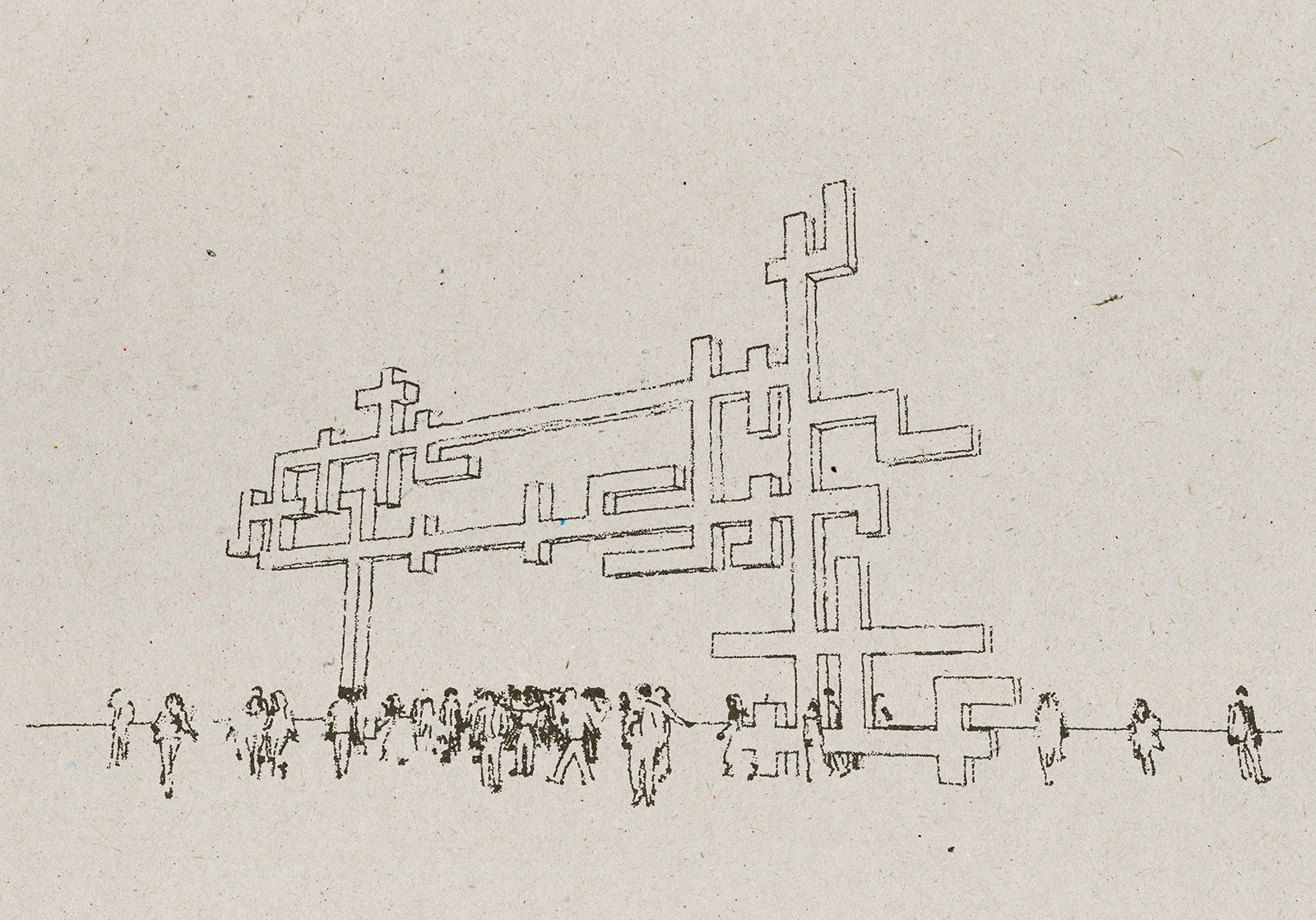 (↑T↓) Between the younger and older avant-garde generations, artist Dezső Korniss (1908–1984) was one of the most significant point of connection, who was the only one of his generation who volunteered to participate in Beke’s project. In the courtyard of the Kiscell Museum Tamás Kaszás, commissioned by the museum, introduces another interpretive layer. Kaszás picks up on the Space Grid plan by Korniss, which he made on graph paper for the Imagination project, and creates its 1:1 “semi-finished” version, bordering between imagination and realization.

(←K→) The two micro-historical case studies of 1971 are linked together by a chronology, which, through documents and original artworks from the parallel art events of an era (1968–1973) defined by cultural policy, demonstrate the direct intellectual context of the showcased projects.

The two Imagination actions as well as the exhibition and collection history of the Budapest History Museum, displayed in one building in two locations, draws attention to phenomena which took place simultaneously but bifurcated later in historical memory. The exhibition project thus ultimately underlines the complexities of reconstructing the past. This is referred to by the subtitle of the exhibition, borrowed from Ernst Bloch: parallel nonsynchronism.

Guided tour by curators on Sundays at 3 PM