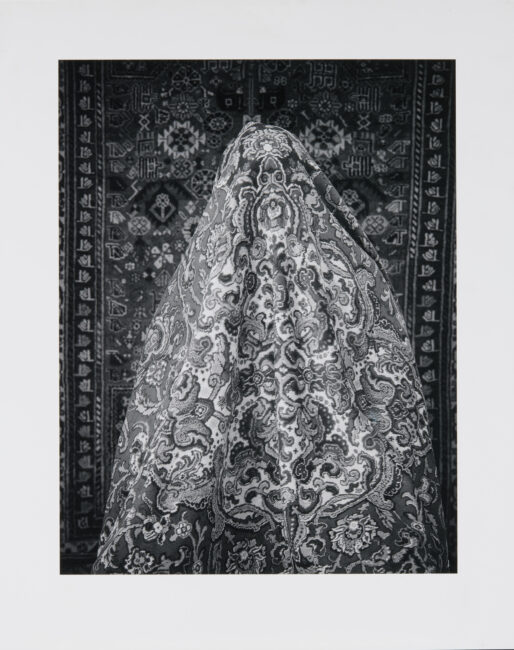 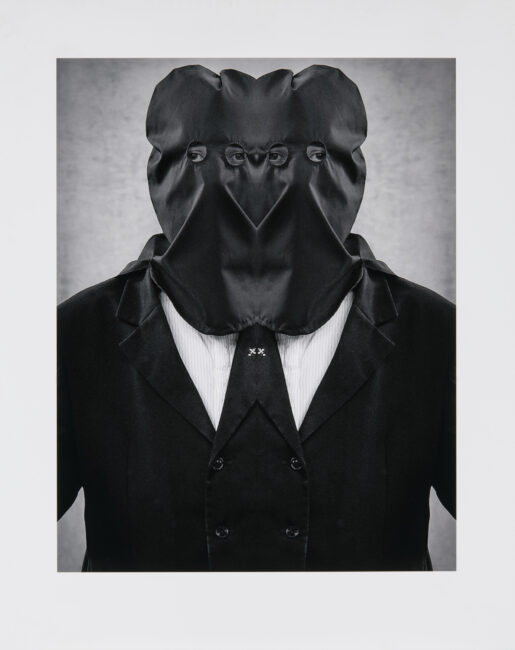 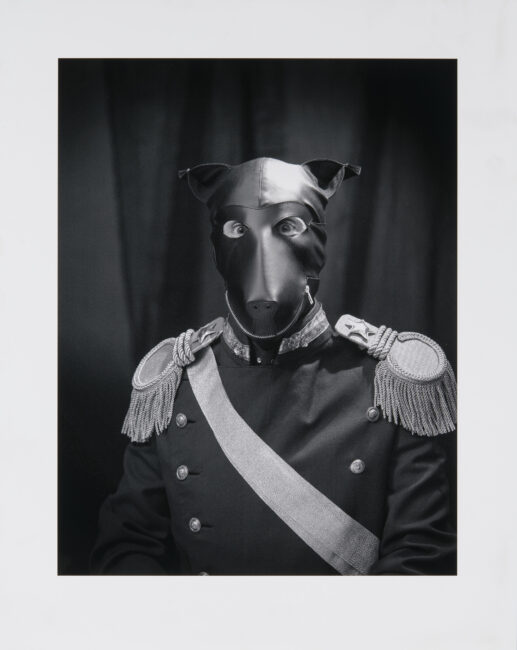 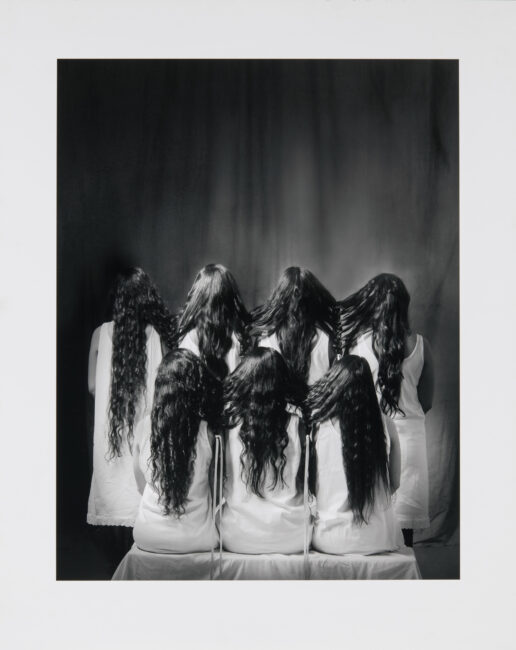 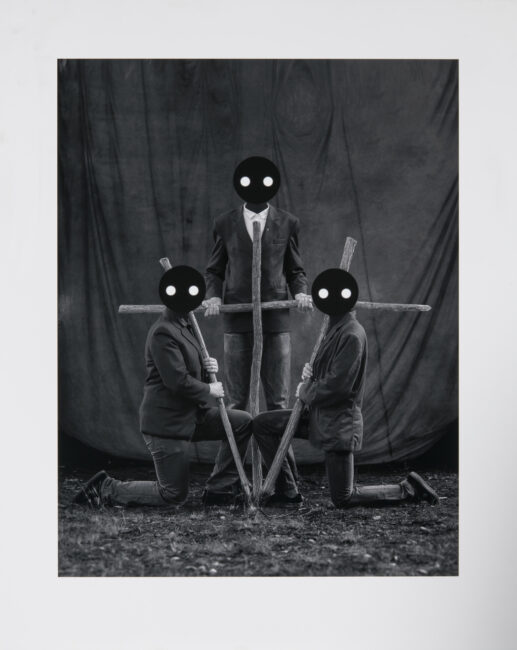 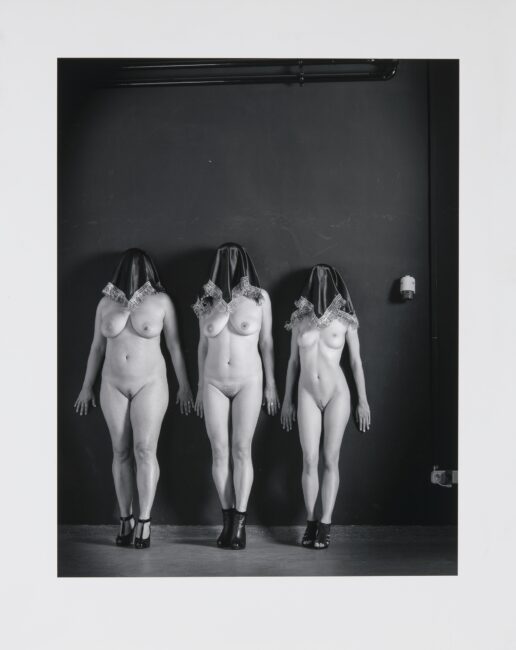 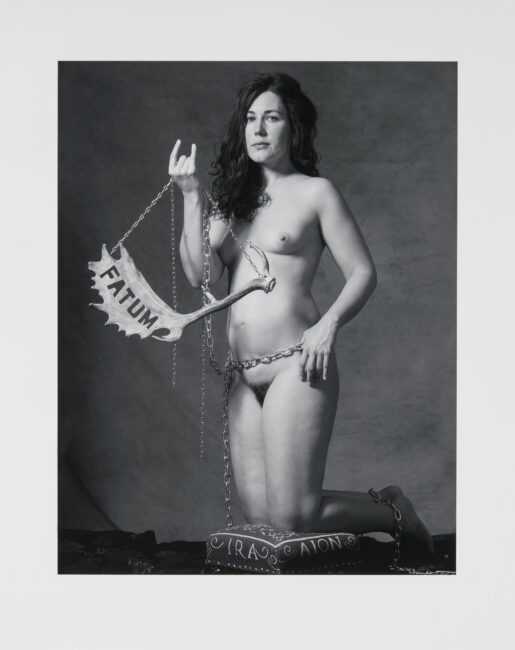 “The enemy is the friend of the people.” – Umberto Eco
We are reluctant witnesses of creepy rituals. Seeing the photos, we simultaneously feel aversion, curiosity, irritation and sexual interest. Gábor Gerhes’s exhibition, entitled Neue Ordnung, organised at the Trafó Gallery in 2013, functioned as an entire installation reacting to our social anxieties. The answer to the hard-to-describe anxieties: the creation of a secret image of an enemy and then, the unmasking of the alleged / invented global conspiracy, using (pseudo-)documents, such as objects and photos.
Umberto Eco’s The Prague Cemetery – published in Hungarian in 2012 – serves as the literary reference to the exhibition. The protagonist of the novel, Simonini, has been behind all of Europe’s conspiracies for the last 150 years. He is an agent provocateur, who rolls serviceable elements of unmasking theories into one, in the Formula of Universal Conspiracy, according to which a client believes “only what it has already heard elsewhere and would discount as unreliable any information that is entirely new” and “what is more, one must never, never, never work with genuine or half-genuine documents! If they already exist, someone can always search them out to prove they are incorrect”. The protagonist of the novel, alongside several other misdeeds, takes part in the creation of The Protocols of the Elders of Zion. The widely known anti-Semitic pamphlet was purporting to uncover a Jewish plan for global domination. Through different machinations, plagiarisms and reinterpretations (mainly of the Russian secret services), from the last years of the 19th century, the text became the “cult book” of antisemitism and of all racist global conspiracy theories. Even though it has scientifically been proven to be a hoax in several ways, The Protocols is still a popular source of conspiracy theories. This kind of fabrication of an image of a global enemy served as a model for Gábor Gerhes’s exhibition in 2013.
The staged photos of Neue Ordnung (New Order) mean to evoke a feeling of visceral anxiety of the unknown and well-organised deep state. Concealment is an important tool of inducing fear; facelessness results in a constant feeling of danger. The naked bodies of women not only evoke a feeling of defencelessness but also make viewers voyeurs, manipulating them into siding with power. According to Foucault’s theory, force, and power are not something that a person or group “holds”, instead power is a complex group of forces that comes from “everything” and therefore exists everywhere. Even if we would prefer to consider ourselves as mere endurers of power, we are also agents of the persistent power structure.
Every object and every text in the photos is loaded with historic references. And let us not forget, this is the same recipe Simonini uses to create the perfect conspiracy theory. He creates a new world concept using facts and objects that seem familiar to most people but are hard to interpret. It is best only to hint at things because the effect is much stronger if recipients create their own conspiracy theories selecting from the half-scientific array of objects and facts offered. What is especially creepy about Neue Ordnung is that it brings to life stereotypes concerning our fears with a simple set of visual tools and touches upon the most hurtful points with great sensitivity. It makes us realise that bigotry, paranoia and hypocrisy are the perfect ingredients and the inexhaustible breeding ground of conspiracy theories.
Written by Zsóka Leposa 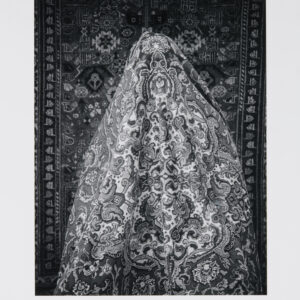